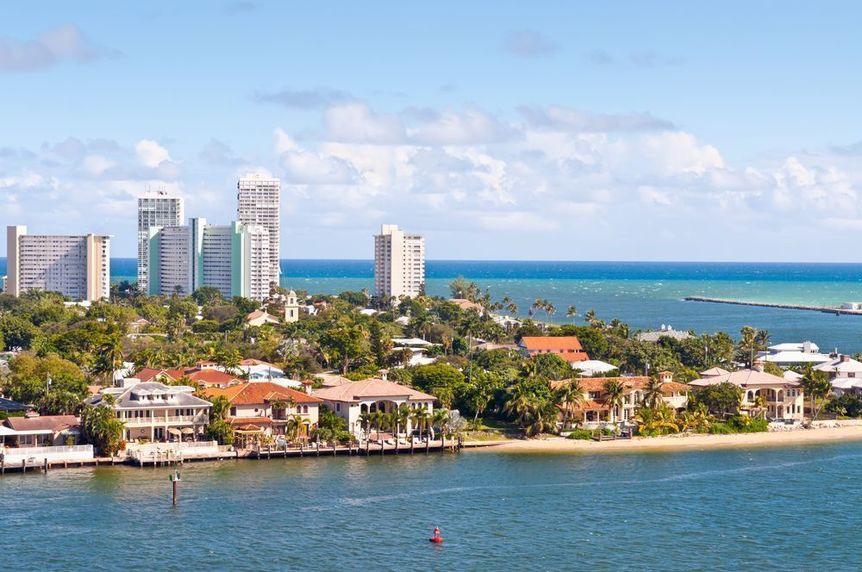 Call (561) 322-3330 to speak to a %location% realtor and specialist now. Fort Lauderdale is also known as Ft Lauderdale. It is located in Broward County and is the largest city in the county. It is south of Pompano Beach and north of Dania Beach. It boarders the Atlantic Ocean on the east and Sunrise and Plantation on the west. Fort Lauderdale is located on land that was inhabited by Tequesta Indians for more than 2000 years. It was later called the New River Settlement. It got it’s current name from the series of forts built in the area during the Second Seminole War. These forts were named after Major William Lauderdale. Major Lauderdale was the commander of the soldiers who built the first fort in the area. Development of the city began about 50 years after the last fort was abandoned.

It consists of 39 square miles of which approximately 35 square miles are land and 4 are water. It is a popular destination for seasonal residents, also known as Snow Birds to local residents. It has been a popular destination for visitors as well as for many many years. It has more than 4000 restaurants, about 60 golf courses and more than 500 hotels. It has approximately 100 marinas that house about 45000 resident yachts and boats. It has an abundance of shopping, museums, bars and night clubs. It is only 5 miles away from Fort Lauderdale-Hollywood International Airport about and about 45 miles away from Palm Beach International Airport. It is lovely place to visit and a great place to live. Call (561) 322-3330 to speak to a %location% realtor and specialist about %location% homes for sale, commercial and investment property, %location% real estate and rental apartments or scroll down to learn about %location% schools, statistics and demographics.